As a Sunshine Volunteer, delivering a dream to a child – a little break from their many daily challenges – has always given me the same joy in life that I know it gives the child

Mr. Daryl Stone of Vancouver BC, has been awarded the 2015 Spirit of Service Award in recognition of his over 25 years helping fulfill Sunshine Dreams for Canadian Kids living with severe disabilities or life threatening illnesses.

Daryl is a former RCMP Staff sergeant, and past president of the BC Lower Mainland Volunteer Chapter of The Sunshine Foundation of Canada. He has been involved with Sunshine for over 25 years in many different capacities, notably as a volunteer member of Sunshine’s national Board of Directors, and over 15 years as the local chapter president. Daryl is known as a leader in Sunshine’s national network of volunteers a resource and inspiration to Sunshine volunteers across Canada. His dedication is exemplary. Recently he travelled to Williams Lake – nearly a six hour drive from his home – to represent Sunshine at a Grand Opening of one of our national fundraising partners, WINNERS.

“Nothing is more rewarding than seeing a child’s dream come true,” remarked Daryl. “Their eyes light up the entire room with their smile. It doesn’t get much better than that.”

Nancy Sutherland, CEO, The Sunshine Foundation of Canada, has known Daryl for over ten years.  “Volunteers like Daryl are the main reason Sunshine has been able to provide optimism, independence and courage for the future to thousands of Canadian children living with a severe physical disability or life-threatening illness.” says Nancy. “Daryl is an inspiration to Sunshine volunteers across Canada who make dreams come true for Sunshine Kids." 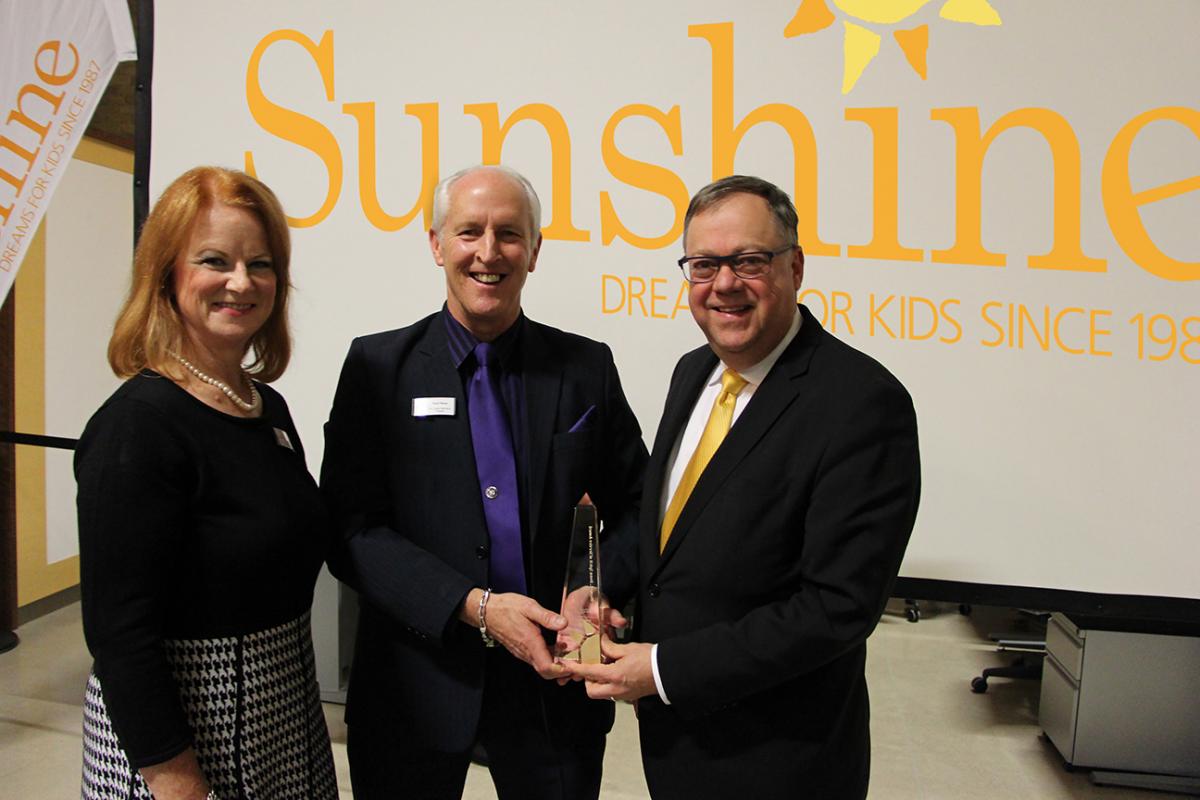